Morning Briefing: Humiliation for Boris Johnson on dramatic night but No Deal isn't blocked yet

“Not a good start, Boris,” shouted one voice from the backbenches as the Ayes won and MPs took over the order paper in a dramatic vote in the Commons last night.

A total of 21 patriotic Conservatives rebelled against Boris Johnson, the lounge-lizard Jacob Rees-Mogg and a government determined to push for a destructive No Deal.

Most theatrical was People’s Vote supporter Dr Phillip Lee who quietly marched over to the Lib Dem benches as Johnson stood at the Despatch Box watching his slender majority disappear. Johnson got more and more tetchy as the evening wore on and his humiliation grew.

It’s not done yet: the rest of this week will continue to be dramatic and challenging. Today, MPs will move to block No Deal, while Johnson will pursue a snap General Election and Jeremy Corbyn plans to hold fire until No Deal is sidelined. But nothing is set in stone.

The People’s Vote campaign thanks the protesters outside Westminster last night for their great impact and we urge thousands of people to join a cross-party Defend the Democracy rally outside Parliament today from 5pm.

Mr Johnson’s government has shown scant regard for democratic principles since he came to power and the fight goes on to block a catastrophic No Deal. 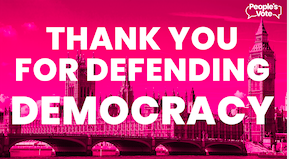 No Deal rebels kicked out of Conservative Party by humiliated Johnson

Like a scene from The Godfather, Boris Johnson’s hitmen moved within minutes to eliminate the 21 Tory rebels from the Conservative Party, withdrawing the whip and preparing to deselect them.

Two ex-Chancellors - Philip Hammond and Father of the House Ken Clarke, ex-Cabinet Ministers and Ministers, Privy Councillors and the grandson of Johnson’s hero Winston Churchill Sir Nicholas Soames all got their marching orders.

Ken Clarke told the BBC’s Newsnight: “I am a mainstream Conservative, have been for 60 years, part of the Establishment.” He accused Johnson of “talking rubbish at us” and said the Conservatives were now “the Brexit Party rebadged”.

Former minister and leadership candidate Rory Stewart told the BBC's Today programme this morning that the threats have been "terrible" and stopped many more MPs from voting against the Government. He said it was "very strange" for Johnson to press for No Deal when there was obviously no majority for it in Parliament. He vowed to fight to continue as a Conservative MP and will ask his constituents to back him.

Removing the Whip from 21 MPs when there is no majority in the Commons clearly removes any impediment for those MPs to vote with their conscience. It is a signal of the strength of Britain’s democracy that the bully-boy tactics of the Government have failed to stop honest, patriotic politicians putting their country ahead of their party and personal careers.

Jeremy Corbyn immediately responded to a humiliated-Prime Minister’s call for a snap general election by calling for the bill blocking No Deal to be made law first.

It saw a shift in tactics for Labour and echoed the hint from former leader Tony Blair to avoid Johnson’s “elephant trap”. A group of pro-Brexit Labour MPs, led by Stephen Kinnock, have tabled an amendment to bring back the Withdrawal Agreement, but Shadow Brexit Secretary Keir Starmer tweeted: “Hugely important first step in stopping Boris Johnson’s plan for a no-deal Brexit. Important we remain united in making sure the bill becomes law in the coming days.” And this morning, he asserted: "We're not going to dance to Johnson's tune. We don't trust him."

One of the core reasons behind the huge shift against the Government was the clear evidence that, for all Boris Johnson’s bluster about trying to get a new deal with the EU, no progress is being made.

A report in the Daily Telegraph, heavily denied, had Johnson’s controversial right-hand man Dominic Cummings describing negotiations as “a sham”, while former Chancellor and lead rebel Philip Hammond said: “There is no progress. There are no substantive negotiations going on. Brussels, Berlin, Paris are still waiting for the UK proposal.”

EU member states have been told by the European Commission Task Force that the UK is reneging on its commitments to protect the all-Ireland economy and the “alarm bells are ringing”. They have been waiting for proposals from the UK government, but nothing has come from Whitehall.

Sky News reported that the UK’s negotiating team is a quarter the size that it was when Theresa May was in charge.

With Johnson’s anti-democratic decision to shutdown – prorogue – Parliament next week, those who recognise No Deal as being both disastrous and having no mandate knew they had to act quickly – so they moved on the first day after the summer recess.

Government-funded group warns of "highly probable" recession after No Deal

More evidence of the short – and long-term – destruction wrought by No Deal comes in a significant report the government-funded group UK in a Changing Europe.

An abrupt departure from the EU would bring significant disruption to life in the UK, with a “highly probable” recession, a group of leading academics concluded yesterday in their version of the government’s secret Yellowhammer report on No Deal.

It said accurate predictions for No Deal were impossible because they depended on the way households, companies and governments reacted. But it was certain “no deal will not get Brexit done” and instead would be the start of a “period of prolonged uncertainty for citizens, workers and businesses”. It added that the immediate known economic effects would be a further drop in sterling, squeezing UK incomes, and some disruption in cross border flows of goods and services from new trade barriers.

Meanwhile, Chancellor Sajid Javid will today announce a further £2 billion spending on Brexit-related activities in Whitehall at his spending review as well as spending pledges that "end austerity", but Institute of Fiscal Studies director Paul Johnson warned on BBC's Today this morning that even if Javid announces the end of austerity today, a No Deal-induced recession may mean they have to reimpose it within three years.

“Tonight, MPs who believe in the national interest have stood up to strike a first crucial blow to defend democracy. It means Boris Johnson will find it harder to bypass Parliament to impose his undemocratic Brexit on the British people.

“No one believes the Government is serious about negotiating a deal. No one trusts Boris Johnson over the date of the election or his motives for trying to call one now. The only legitimate way to solve this Brexit crisis is not to trust Boris Johnson but to trust the people in a final say referendum.”

People's Vote supporter and Conservative MP Sam Gyimah comments on the historic outcome of the debate to gain control of the House of Commons order paper. 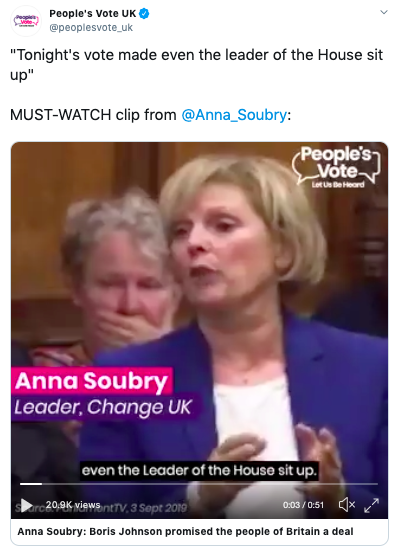 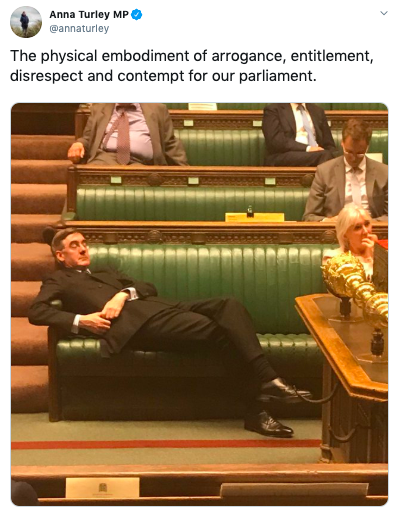 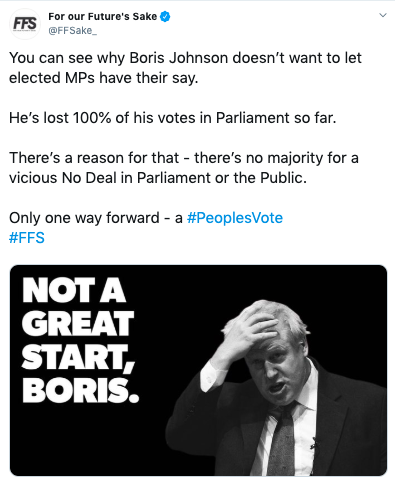 Anand: Menon: Don't buy the bluff. Here's the truth about No Deal (Guardian)

Justine Greening: Why I am quitting as an MP? Marxist Corbyn and job-destroying Johnson (The Times)

Richard Brooks: Here in Dover, people voted for Brexit. But no deal will hit them hard (Guardian)