Morning Briefing: Any Brexit proposals must go to a People's Vote as talks on a knife-edge

Whether Boris Johnson manages to close a deal with the EU or not, Saturday is going to be a fantastic and crucial day of protest. Whatever happens over the next three days, a People’s Vote is absolutely vital to resolve this Brexit crisis.

Hundreds of thousands of people will assemble on Park Lane (we recommend walking from Bond Street Tube station to join) and march for a final say to Westminster, assembling for a noon start. The head of the march is expected to arrive in Parliament Square at 2pm, where there will be a 90-minute rally with a host of great speakers. 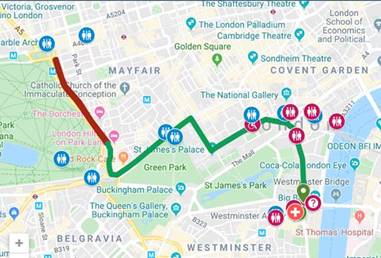 Talks continued between UK and EU negotiators until late into the night with speculation about the concessions Boris Johnson is offering to get “do or die” proposals over the line and help him save face.

With time running out, it is touch and go whether he may get his piece of paper to wave at Parliament. The details of the proposals taking shape are still largely shrouded, but some things are becoming clear. Any agreement will be deliberately vague about the future relationship and will rely on a ridiculously short period to negotiate a final agreement with the EU, meaning there would be a serious risk of Great Britain crashing out with No Deal at the end of December next year.

It will pave the way for the hardest of Brexits, blowing a hole of up to £49 billion a year in the public finances (according to the government's own figures), and threatening jobs, public services and the safety net of rights and protections we all rely on.

And reports suggest it will involve a customs and regulatory border down the Irish Sea - precisely the things Boris Johnson said last November that "a Conservative government could never sign up to". The devil is in the detail and any agreement made will be a million miles from what was originally voted for in 2016 – making a People’s Vote a vital requirement.

Less than 20% of traders and hauliers are ready for No Deal, the government’s spending watchdog is warning today, with freight delays, more crime and few migrant checks likely.

The National Audit Office found the most significant dangers to the operation of the border remain the possibility of EU countries imposing controls, businesses not being ready for bureaucratic changes and problematic arrangements for the Northern Ireland-Ireland land border.

Unemployment rises due to Brexit uncertainty

The number of people in work has dropped for the first time in two years with wage growth slowing and vacancies declining as employers grow cautious over Brexit. The Office for National Statistics said unemployment unexpectedly rose from a four-decade low over the summer, with the number of people in work dropping by 56,000. The employment rate is falling particularly among under-25s.

The UK economy is 2.9 per cent smaller than it would be if the UK had voted to remain in the European Union, according to the Centre for European Reform’s latest estimate of the cost of Brexit to the end of the second quarter of 2019. Their model shows that the biggest victim of the Brexit vote has been business investment, while the weaker pound has failed to foster the big gains in exports that some Brexiters hoped for.

Evidence of “entryism” by Brexit fanatics into the Conservative Party emerged last night when People’s Vote supporter Antoinette Sandbach lost a vote of confidence by her local constituency association after being given just six minutes to mount her defence.

She had lost the whip after rebelling against Boris Johnson over Brexit and members from her Eddisbury constituency in Cheshire opened the door to formal deselection. She had voted three times for Theresa May’s Withdrawal Agreement.

She commented: “All my constituents can rest assured that I will continue to represent them in parliament, standing up for a sensible, pragmatic Brexit deal and confirming that it is what the people want through a ‘final say’ confirmatory referendum.” 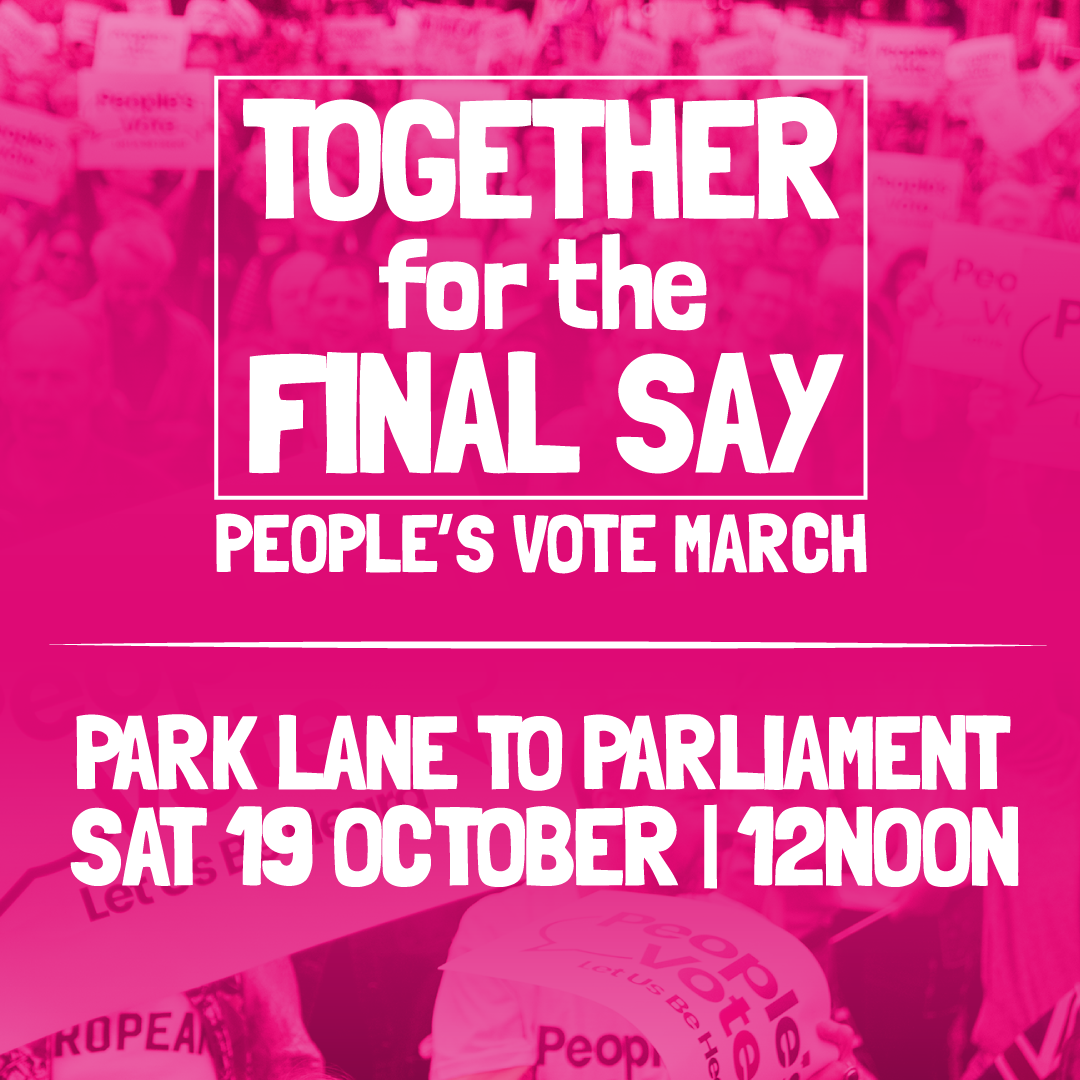 "I am used to looking back at things after the event. It’s what I do on match day. Look at the tactics, study the stats, analyse the big moments and then give an opinion. I think that is what we should do with Brexit. Look back at what we have learnt since 2016 and be able to give an opinion on where we are now in 2019.

"Before we potentially relegate ourselves as a country, I think we should check to see if this is really what people want. Which is why I back a People’s Vote." 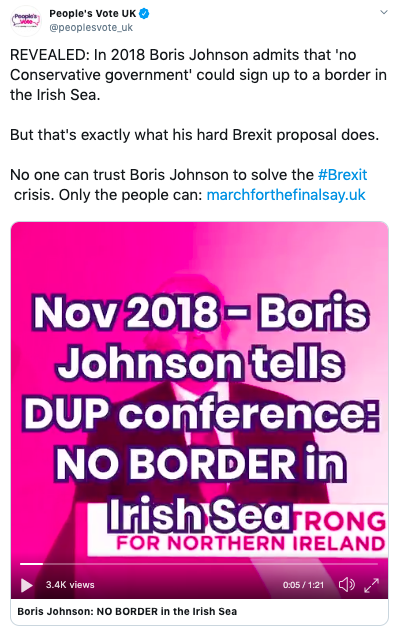 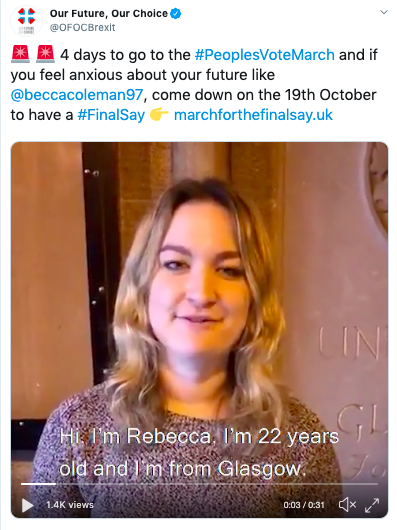 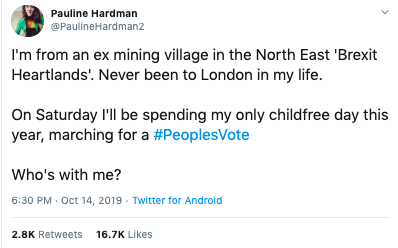 No Deal would be "high stakes gamble" for the Union (PoliticsHome)

DUP will not back Brexit deal if Johnson concedes more (HuffPost)

Beth Rigby: Boris Johnson is staring down the barrel of no-deal or delay (Sky News)