Morning Briefing: One last throw of the dice for May

It was the news that launched any number of "not again!" memes: the Prime Minister will bring her Brexit deal back to the House of Commons in the first week of June for the fourth time. 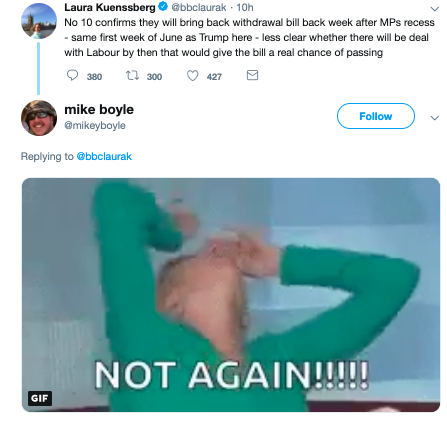 One last throw of the dice for May

The Prime Minister will bring the EU Withdrawal Bill in the week after the Whitsun recess, the first week of June which is already set to be crowded by President Trump’s state visit, in a bid to complete Brexit before the Summer.

Part of the thinking appears to be that with Labour and the Conservatives facing a meltdown at the European elections on May 23, both sets of backbenchers will be forced into line. But DUP Parliamentary leader Nigel Dodds, whose 10 MPs are surely crucial to getting a Brexit deal over the line, immediately questioned "what has changed?" and said that without "something new" on the backstop, the deal will be defeated for a fourth time.

The talks between the Government and Labour continue, for now, but there's no sign of the kind of breakthrough that would be needed to secure significant Labour support for a deal.

Shadow Chancellor John McDonnell admitted the party was "taking a hit” from its Brexit position and re-emphasised that there are a large number of MPs who will not sign up to anything unless there is a public vote”.

And he hit out at former Tory ministers including Boris Johnson and Dominic Raab, who warned the PM not to pursue a customs union: “Our big problem now is, if we are going to march our troops in parliament to the top of the hill to vote for a deal and then that’s overturned within weeks, I think that would be a cataclysmic act of bad faith.”

Meanwhile, moderate Conservative MPs are being given ever-more reasons to agree to put the Prime Minister's deal to a confirmatory vote. The fact Boris Johnson and other potential candidates signed a letter yesterday saying any deal could simply be torn up by May's successor should serve as a warning to all MPs who want a sensible and pragmatic outcome to this crisis.

Dominic Grieve MP warned that "forcing a deal through Parliament and without the agreement of the wider public at this stage in order to 'get Brexit done' would achieve no such thing - rather, it could plunge the country into a deeper crisis."

Supporters of a People's Vote from all sides are clear that the only solution to the ongoing Brexit crisis is a second vote to secure a lasting and stable settlement.

It means that the “zombie Parliament” that hasn’t voted on anything since April will continue to meet and do next-to-nothing until June.

The news that British Steel is seeking more state help to keep alive its Scunthorpe plant with 4,500 jobs – and another 20,000 in its supply chain – is yet more evidence that the ongoing Brexit crisis is having a desperate effect.

The company is asking for a £75m loan, just weeks after receiving £120m, and is facing the prospect of going into administration.

A company spokesperson said: “The uncertainties around Brexit are posing challenges for all businesses including British Steel.”

Coming just a day after the announcement that Honda will close in Swindon, it’s a bleak week for industry and it’s only Wednesday morning.

Lib Dem leader and former business secretary Sir Vince Cable said: “Uncertainty over Brexit is destroying jobs and ruining futures all over Britain. Investment is being cancelled, hopes are being dashed, opportunities are being lost.

“It is now essential we get a road map out of the Brexit crisis and it is clearer than ever that, with Parliament deadlocked and with the Cabinet out of ideas, the only solution is a People’s Vote.”

The People’s Vote campaign is not a political party

The People’s Vote campaign is not and never will be a political party. Some of you may have read this morning with stories being briefed to The Times, Guardian and the Press Association, about how MPs from ChangeUK have been criticising the campaign for being too close to Labour.

It's never great to wake up to this sort of publicity, particularly when it's from MPs who have done so much to put this campaign on the map. But we know we won't always be able to please everyone all the time if we're to remain a cross-party campaign.

Our website https://www.peoplesvotetest.uk/, campaign literature and press releases make it clear that we believe Labour’s policy on this is ‘mealy-mouthed’ and ‘lukewarm’, but that it has done the bare minimum needed to ‘scrape a pass’ on a People’s Vote test because it backs giving the public the final say on the Government’s Brexit deal – which is the only one currently on the table.

This clearly doesn't please everyone but, as a proudly cross-party campaign, we'll continue to take advice from people of all parties and of none. This includes MPs who are Labour, Conservatives, SNP, Liberal Democrats, Green, Plaid Cymru and, of course, ChangeUK.

"I personally spent a lot of time as Business Secretary working with British Steel to rebuild its competitiveness. It is tragic that the entirely self-inflicted damage of Brexit is undermining all the good work of the work force and the company.

"It is now essential we get a road map out of the Brexit crisis and it is clearer than ever that, with Parliament deadlocked and with the Cabinet out of ideas, the only solution is a People’s Vote." 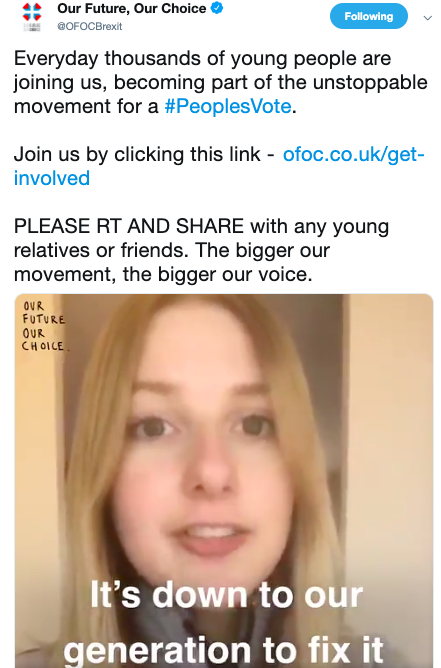 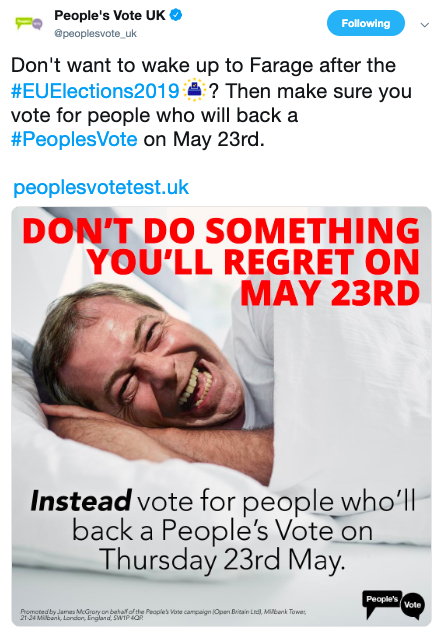 May facing "moment of truth" (The Times £)

Q&A: what happens next with Brexit and Europe (HuffPost)

Timeline: how long can Theresa May last as PM? (FT £)