Donald Trump has told reporters that May’s Brexit deal “sounds like a great deal for the EU”. He continued: “Right now if you look at the deal, (the UK) may not be able to trade with us. And that wouldn't be a good thing. I don't think they meant that.”

He’s right. If, as the outline of our “future relationship” suggests, the basis of a future trade deal with the EU is a partial customs union and agreeing “level playing field” rules to stop UK companies out-competing EU firms, then the Brexiters promise of “global Britain” cutting new trade deals across the world cannot happen.

Not that this dream was ever desirable in the first place - we’d be at a huge disadvantage negotiating a trade deal one-on-one with the US, opening up our supermarkets to chlorinated chicken and the NHS to American corporations. But it’s another example of Brexiters’ promises breaking, and May’s deal satisfying no one.

Contrast all this with the deal we already have as a powerful influential member of the EU. We're inside the world’s most powerful trade bloc, with deals with 88 countries around the world including major economies like Japan and Canada. If, on reflection, the public think this is a better deal than May's miserable rule-taking or the Brexiters' dirty deal with Trump, then they should be allowed to say so in a People's Vote.

WATCH: InFacts' Luke Lythgoe explains why May's Brexit deal does not mean taking back control, but would leave us following EU rules with no say in making them. 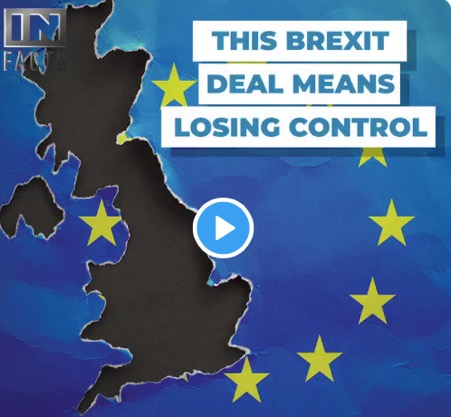 ‘Norway Plus’ plan is another Brexit blind alley

With Donald Trump and Parliament trashing Theresa May’s miserable Brexit deal, MPs are casting around for a Plan B. Today’s favourite is “Norway Plus”, a hopeless scheme outlined by Nick Boles in today’s FT.

The Conservative MP says four Cabinet ministers invited him to discuss the idea last week. One of them is thought to be his friend Michael Gove, according to the Guardian.

“Norway Plus” is Boles’ latest wheeze after his previous “Norway for Now” idea went down in flames. The earlier scheme involved tearing up our divorce deal with the EU and negotiating temporary membership of the European Free Trade Association. EFTA would give us access to the EU’s single market in the same way that Norway, a leading member, has.

But Norway wasn’t happy with the idea of us swanning into its club, throwing our weight around for a few years and then swanning out - and said so. The EU wouldn’t have let us tear up our divorce deal either.

Norway Plus is different because we wouldn’t rip up the “Withdrawal Agreement”. So we would still be bound by the notorious “backstop” designed to keep the Irish border open. The heart of this is a new customs union.

Boles argues the backstop would never be used because we would be in EFTA permanently rather than temporarily. This is nonsense. The single market alone can’t keep the Irish border open. We would also need to be in a permanent customs union.

This isn’t the only problem with the scheme. Here are six more:

The advocates of Norway Plus - both in the Cabinet and on the backbenches - need to wise up fast. The country can’t afford to waste yet more time going down blind alleys. If the prime minister’s plan is rejected, the only good option is to ask the public whether they still want Brexit in a People’s Vote. 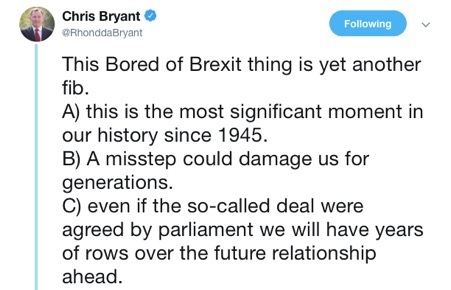 “I am ready to debate with Jeremy Corbyn,” Theresa May has told The Sun, setting broadcasters the challenge of devising a format in which the prime minister can defend her unloved deal live to the nation.

But if this unprecedented TV event goes ahead (we’re not in a general election or referendum campaign) then it is vital that those campaigning for a People’s Vote on Brexit with an option of staying in the EU are included in the debate. If not, it would be impossible to meet either the obligations set out in the BBC Charter or by Ofcom to provide “fair treatment, breadth of opinion and due impartiality”.

A straight May v Corbyn bout would ignore the views of millions of voters. In 2016  the public voted by a narrow margin of 52% to 48% to leave the EU. Consistent opinion polling since then has shown that opinion has changed, with the most recent surveys showing a 54% to 46% majority in favour of staying in the EU. These same surveys show the idea of a People’s Vote is more popular than either the government’s deal or a “no deal” Brexit. Scotland and Northern Ireland have never backed Brexit. Indeed the Scottish first minister backs a People’s Vote, as do the Lib Dems, Greens and Plaid Cymru.

However, the prime minister has repeatedly stated her opposition to a People’s Vote. Meanwhile Labour’s official policy is to only support a People’s Vote if it cannot get a general election.

No fair observer would conclude that a debate between these two positions at this stage in the Brexit process could now reflect the strength of public or parliamentary support for handing the final decision back to UK voters. Most important of all, excluding the voice of millions of people cannot serve the interests of our fragile democracy at this crucial moment. 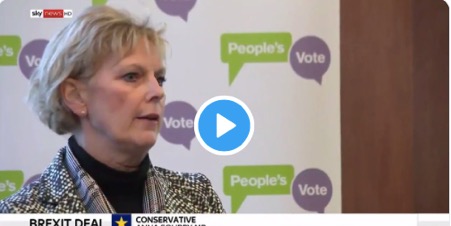 No let up in MPs’ opposition to deal

In her third Commons mauling in less than two weeks, Theresa May will be concerned to see MPs’ opposition to her deal showing no sign of dissipating. The prime minister got about an hour in before anyone said anything vaguely supportive of her deal. Even usually loyal ex-ministers were critical, with Michael Fallon describing the deal as a “huge gamble”. Meanwhile, outside the debate, another letter of no confidence in the PM was publicly declared, by Northampton South MP Andrew Lewer, reminding her that the threat of a Tory coup has not gone away. May will begin a tour of the country today selling her Brexit deal - but it is MPs who will decide its fate in a meaningful vote nw confirmed for December 11.

Quote of the day

“We have heard that the prime minister is planning to tour the country to sell her bungled deal to the public. Why does she not try listening to the public? Rather than having a stage-managed opportunity just to hear a whole load of waffle, why cannot people have a chance to have their say in a people’s vote? If she really trusted them, she would do this.”

Gina Miller: My letter to Jeremy Corbyn: your nation is threatened – back a people’s vote (Guardian)

Rafael Behr: The seismic shock of Brexit will change the UK’s politics for ever (Guardian)