Morning Briefing: Support for a stitch-up deal ebbing away

The current session of Parliament is the longest since the Civil War. The Commons will have sat for 300 days today. The trouble is that, because of the interminable Brexit crisis, nothing is happening.Yesterday, MPs sat for less than four hours, leading MP Mary Creagh to describe the mood around the Commons as “end of days”.

Theresa May's Brexit negotiator Olly Robbins travels to Brussels this morning to discuss how long any possible changes to the political declaration (the non-binding part of the Brexit deal on the future relationship) would take to agree with the EU.

Yet today support in Westminster for any specific changes seems as far away as ever. Thirteen former Cabinet Ministers including Gavin Williamson, Boris Johnson and Dominic Raab plus 1922 Chairman Graham Brady have written to the PM warning her against agreeing to a customs union, saying it would split the Conservative Party.

And after Keir Starmer and Tom Watson's interventions yesterday, Labour MPs are making their own objections to a 'stitch-up" deal known. As the reality of what a customs union deal would mean in practice sinks in, support for a customs union deal is ebbing away on both sides.

And the same is true of any Brexit deal - once it is exposed to scrutiny, it quickly becomes clear that it wouldn't meet the promises made for Brexit, would have huge costs and would bring no clarity or certainty as it couldn't command a stable majority.

There were more talks yesterday evening between the government and opposition but no decisions. Labour is wary of Theresa May's latest Plan B, which is to agree to being bound to the result of a series of indicative votes, with Jeremy Corby telling his MPs: "The government’s red lines have not changed and the idea that Tory MPs are going to come round any time soon to accept the deal is fanciful."

The latest YouGov poll for London showed that the capital’s voters are becoming more anti-Brexit as the crisis drags on. Seven out of 10 would rather stay in the European Union than vote for Mrs May’s deal, compared to the 2016 referendum when the vote went 60-40 Remain-Leave.

And many Labour politicians were fearful of the predictions in the latest YouGov poll which show that 60% of their 2017 vote is not planning to vote Labour in the EU elections with 12% going to the Brexit Party and 48% going to People's Vote-supporting parties. The Conservatives are in fifth place.

In Swindon, Honda confirmed their factory will close with 3,500 jobs lost. The union Unite were furious and Labour MP for Bristol North West Darren Jones suggested “the reality is that such decision could be repeated across the country in the coming months if the drift and indecision on Brexit continues. It’s only fair and democratic the decision is handed back to the people.”

Nigel Farage often claimed that he left his old vehicle UKIP because it went too extreme. It seems like the Brexit Party is beset with the same problems and same type of people. Its most senior election official Noel Matthews has been revealed by Buzzfeed to have backed violent extremist Tommy Robinson and repeatedly mocked the concept of Islamophobia. As Farage continues to peddle the same old UKIP lies, his party has the same racist challenges.

"No leader can bind his or her successor so the deal would likely be at best temporary, at worst illusory."

Former Ministers lay out the problems of a customs union deal between Tories and Labour, warning Mrs May not to break up the party. 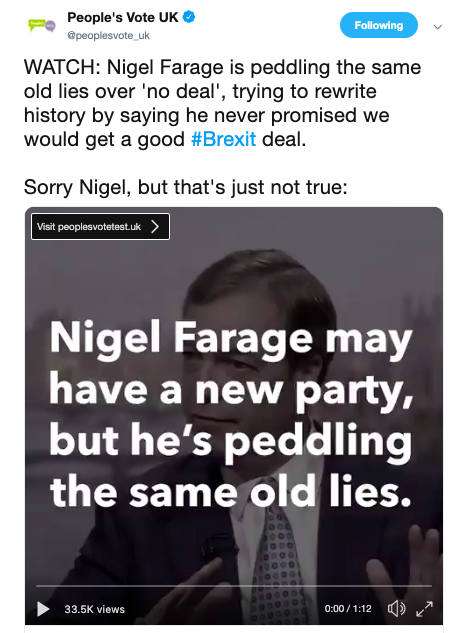 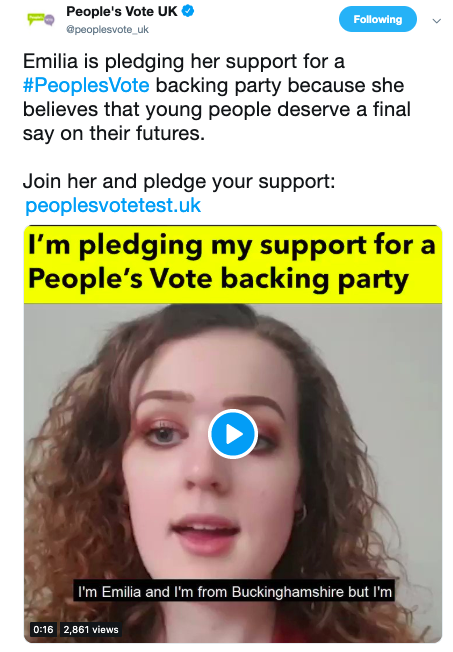 May's Plan B to be rejected by Labour (HuffPost)

Independent: Even if Brexit Party succeeds in Euro elections, it will have no effect on Brexit