Theresa May’s “bold new offer”, made to MPs on 21 May, on the Withdrawal Agreement Bill (WAB) is nothing of the sort. Instead, it is a collection of re-heated commitments, contradictions and promises that can’t be kept.

The “People’s Voice” initiative's first report reveals how voters from both sides of the Brexit debate can work together to address challenges they share and learn the lessons of the last referendum.

No Clarity, No Closure

In this new report, written by the People's Vote campaign, Lord Kerslake will call for an extension of Article 50 and urge senior figures in positions of public authority to be honest with the public about the risks of leaving without any clarity or certainty about the future.

Jeremy Corbyn has today outlined an alternative set of Brexit proposals. These would involve tweaking the political declaration to indicate the UK’s intention to negotiate a deal with a “permanent and comprehensive UK-wide customs union” including a say in future trade deals, and “close alignment with the Single Market”.

This briefing provides an overview of amendments tabled to the Government’s motion ahead of today’s debate.

Shining a light on Brexit Alternatives: Norway Plus, Labour's plan and 'no deal'

The report considers that the two alternative Brexit ‘deals’ being mooted - Norway Plus and Labour’s plan - could not be realised without Parliament accepting the binding withdrawal agreement, including the Northern Ireland backstop, along with a different non-binding political declaration. It is hard to see how MPs opposed to the withdrawal agreement could vote for either plan.

THE 10 PROMISES AGAINST WHICH ANY BREXIT DEAL MUST BE JUDGED 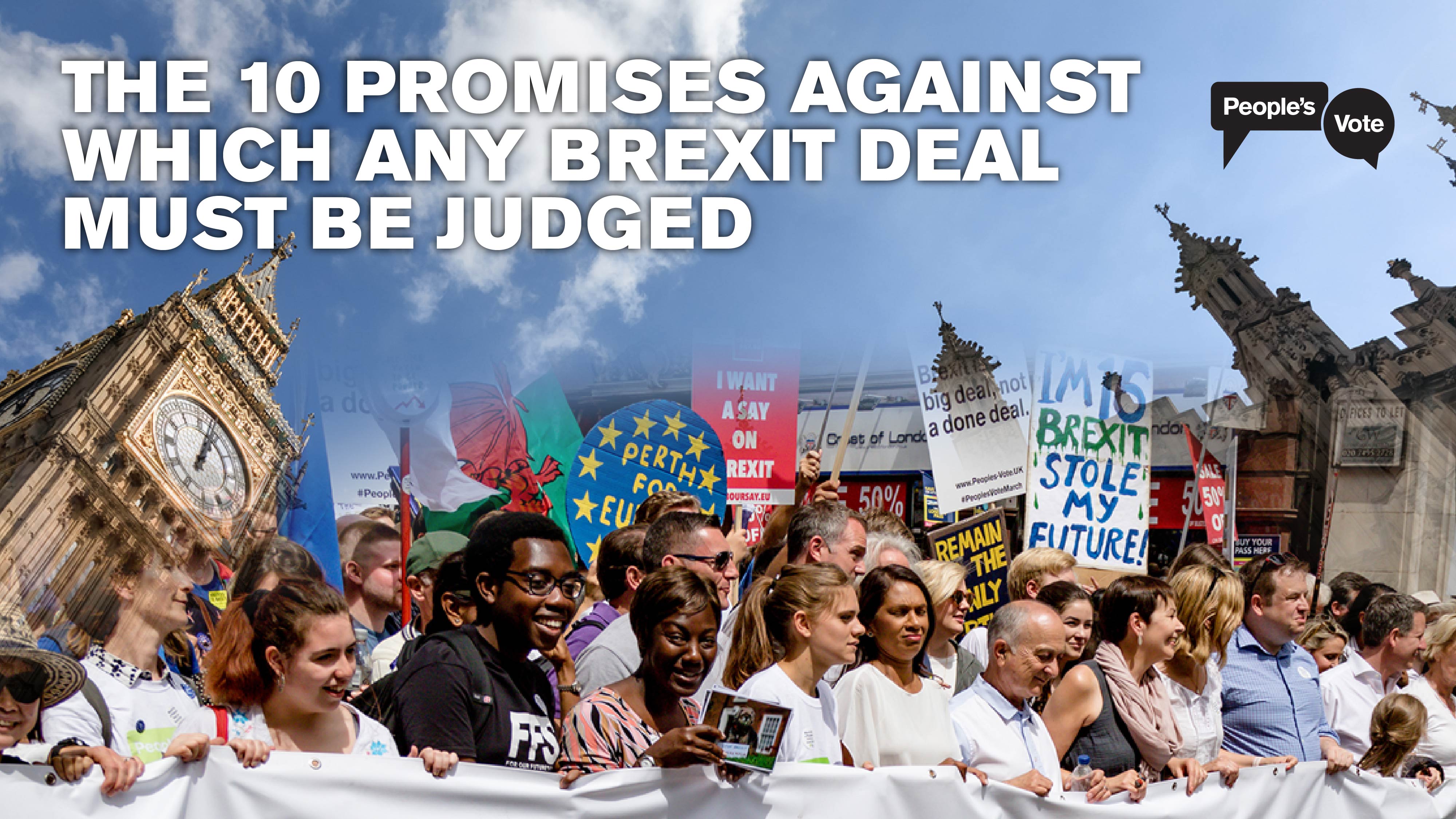 On Monday 24 September, the Government released a further batch of technical notices on preparations for a no deal Brexit, covering issues ranging from the exporting of animals to flight safety to issues ranging road haulage companies and problems which chemical producers would face. The notes show the enormous negative impact that leaving the EU will have for the British public and cover issues which were not discussed during the referendum campaign. Today’s release is yet further evidence of the impact which “no deal” will have on the country and the ensuing chaos that it will cause.

On Monday 24 September, the pro-hard Brexit think tank “The Institute for Economic Affairs” published a  paper on how they envisaged a post-Brexit prosperous UK. This briefing rebuts some of the main claims made in the paper, which is vague at times (including on the Irish border) and muddled in its thinking and is not realistic as regards global UK trade global trade patterns. The suggestions it contains would see the UK have less, not more control, over its borders and whilst the IEA would like to see the UK diverge from existing EU regulations, it is not clear precisely to what degree changes would be made. More generally the paper makes a number of assumptions about international trade which do not stack up.