All your hard work has once again made a difference in the European Parliamentary elections with significantly bigger votes in areas where we were most active. Thank you. Now we'll roll our sleeves and start again because these results are a lot better than much of the media think - but we're still in dangerous times.

The real winners of the night

Analysis of last night’s European Parliamentary election results shows that parties giving full-throated backing for a People’s Vote were the clear winners of the contest.

The real danger this morning

The real danger this morning is that, as Conservatives embark on a leadership contest among just 160,000 members, many of them seem determined to learn precisely the wrong lessons from these election results.

It is hard to imagine a more disastrous set of election results for a Tory party already in crisis. These were their worst elections since 1832, pushed down to 5th and 9% share of the vote. Only three Tory MEPs were elected as the Brexit Party smashed them.

They came fourth or fifth in every region and were hurt most by the Brexit Party who got 5.2m votes - nowhere near the 17.4 million in the 2016 referendum

Candidates to succeed Theresa May are now entering an arms race for who can be most like Nigel Farage. But at least some of them are alive to the hazards ahead.

Three senior Conservatives laid out the potential catastrophe that is coming. Chancellor Philip Hammond, Justice Secretary David Gauke and former Education Secretary Justine Greening between them emphasised that Conservatives cannot now risk trying to force a no deal Brexit on the British people by running the clock down – or by ignoring Parliament -  because the consequences for business and public finances would be hung around the party’s neck for a generation to come.

Mr Hammond said the next Prime Minister "will not survive" if they seek to pursue a no-deal Brexit, while Foreign Secretary Jeremy Hunt admitted they faced an "existential crisis".

Internal pressure for Labour to end its mealy-mouthed policy positioning on a People's Vote reached new highs last night as the scale of the party's electoral drubbing became clear.

Leading Shadow Cabinet minister Emily Thornberry reacted immediately to the hammering that Labour took, saying "we got a kicking". She admitted the party was "not clear enough" in its policy, which needed to be changed to full support for a People's Vote and a campaign to remain in Europe.

Leader Jeremy Corbyn seemed to signal a shift in positioning when even his own borough was lost to the Lib Dems, saying "this issue will have to go back to the people, whether through a general election or a public vote". People's Vote campaigner David Lammy stormed: "Labour has to get its act together. This mealy-mouthed approach has to end. We can't have a leader who says one thing when pushed and then his spokesman retracts it afterwards."

Shadow Chancellor John McDonnell tweeted this morning: "Can't hide from hit we took last night. Bringing people together when there's such a divide was never going to be easy. Now we face prospect of Brexiteer extremist as Tory leader and threat of no deal, we must unite our party and country by taking issue back to people in a public vote."

Deputy Leader Tom Watson made the call for a People’s Vote in his Observer article, arguing that “never again can Labour find itself on the wrong side of a historic choice.”

Labour MEP John Howarth, who retained his seat, sent an email saying “had Labour’s ‘high command’ set out to lose an election they could not have gone about it in a more convincing way”. In a damning indictment, he said “the party machine sought to close down any deviation for the suicidal central message.”

But Unite leader Len McCluskey weighed in to demonstrate how tough the internal battle is likely to be, accusing Watson of an anti-Corbyn plot and arguing that only a general election would change the mood on Brexit.

"The Conservative Party would be wise not to draw the wrong conclusions from its humiliation last night. If a new leader tries to out-Farage the Brexit Party by imposing a no deal Brexit on the country without letting either MPs or the British people have their say, it will be a constitutional and democratic outrage which voters will not quickly forget." 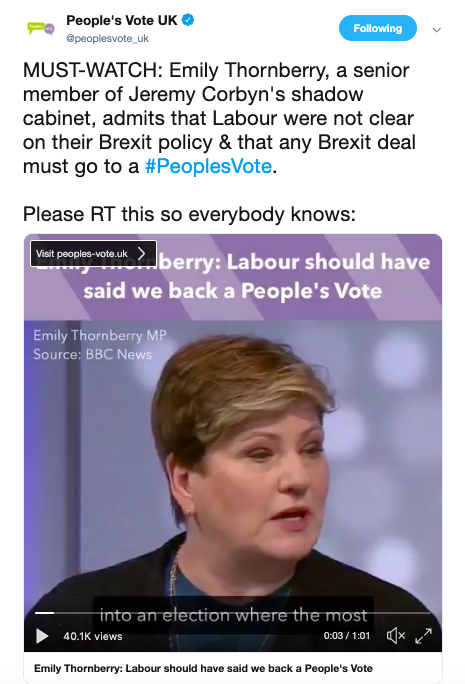 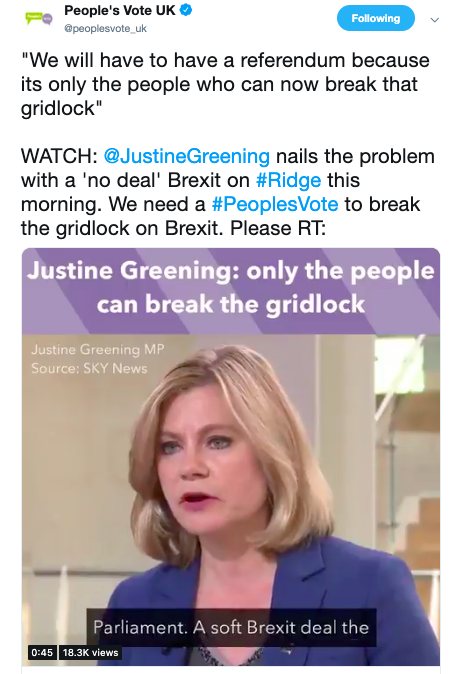 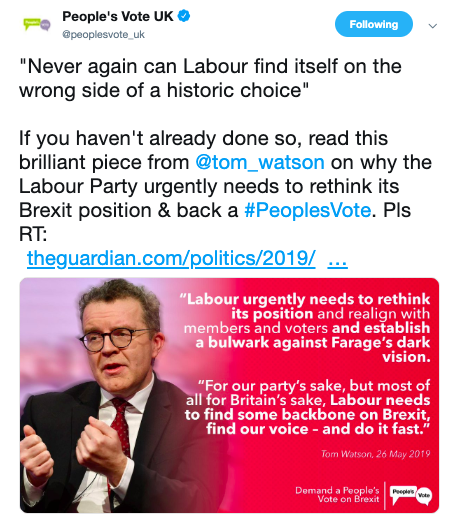 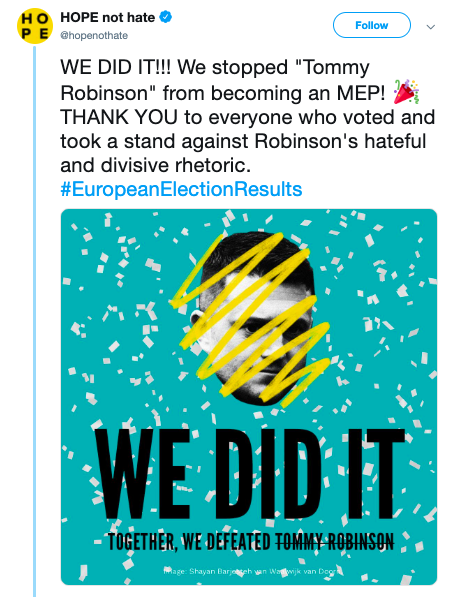 Zoe Williams: So begins the mad scramble to take control of the Brexit narrative (Guardian)

Ed Davey: We can't turn our back on democracy just because an ultra-hard Tory Brexiteer may be entering No10 (Independent) 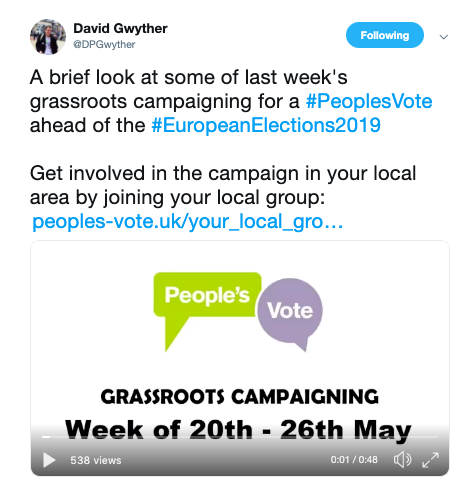