Morning Briefing: No honesty on destructive No Deal from leadership contenders

It’s not what goes up politicians’ noses that matters so much as what comes out of their mouths. Today, we will have a parade of candidates to succeed Theresa May promising things they can’t deliver, saying they can have their cake and eat it, and ignoring voices from the EU that tell them otherwise. It’s all depressingly familiar to those of us who have watched the past three years of political debate....

No honesty on destructive No Deal

Conservative leadership contenders are allowing themselves to be defined by their attitude towards a destructive No Deal and the default assumption is that the party membership - who will take the ultimate decision on who gets to lead - are strongly in favour, especially after a concerted campaign of entryism encouraged by Arron Banks and other Faragist outriders.

But the rest of the country knows it would be outrageously undemocratic to force this on us without a final say referendum.

There is no majority for No Deal in either the country or in Parliament. And trading on WTO terms means accepting the very worst trade terms on offer. They would threaten jobs not just in modern manufacturing, but in services and, as the public sector is starved of cash in the inevitable and severe economic downturn, in our schools and hospitals too.

A destructive No Deal would mean weakening our security in the fight against terrorism and make us a target for bullies like Donald Trump. No America First trade deal could ever come close to repairing the damage in our biggest export market and would come with the price of chlorinated chicken on our plates and an NHS up for sale.

But we heard none of this over the weekend - instead it was promises of a renegotiated Irish backstop (the oldest unicorn still in the wild) from Jeremy Hunt, Esther McVey and Sajid Javid, and massive tax cuts from Michael Gove and Boris Johnson.

Johnson, who is refusing to submit to any interviews, also threatened to withhold any "divorce" payments to the EU: a move that would leave the UK isolated as a country that could not be trusted to meet its international obligations.

Conservative MP and People's Vote supporter Phillip Lee said the contest had become a battle to "come up with the most fantastical or extreme form of Brexit."

Business warns on destructive No Deal

Hundreds of business owners and leaders have warned the Conservative leadership candidates that pursuit of a destructive No Deal was eroding business support for their party.

"Those of us who once looked to the Conservative Party for government in the national interest are dismayed to see that frontrunners to succeed Theresa May as prime minister are still refusing to take these risks seriously," they warned in a letter co-ordinated by the People's Vote campaign and published by the Sunday Times.

The threat of No Deal is already actively discouraging business investment in the UK and forcing businesses to carry large inventories at huge cost. If it were to happen then the UK would fall down the world trading league and be forced to rely on World Trade Organisation rules - the very worst available for international trade.

Bullying attack on Labour frontbenchers over support for People's Vote

Labour frontbenchers supporting a People's Vote have been subjected to the now familiar bullying tactic of an unattributable briefing in the Sunday papers - with with both Tom Watson and Emily Thornberry being threatened with ousting or demotion. The briefings - believed to come from unelected officials in Jeremy Corbyn's office but not necessarily authorised by the Labour leader - are part of a last ditch effort by an increasingly isolated group - the so-called 3Ms of strategy director Seumas Milne, chief of staff Karie Murphy and Unite boss Len McCluskey - to resist the overwhelming desire of Labour members, MPs and supporters for the party to back a People's Vote without qualification.

Their isolation was underlined at the weekend as the Scottish Labour Party, previously resistant to backing a new public vote on Brexit, adopted a new policy of support for both a People's Vote and campaigning to stay in the EU.

“We do not accept the 2016 referendum, when the idea of a No Deal Brexit was dismissed by some of those who now loudly advocate for it, provided a mandate for leaving the EU in such a fashion. Nor has their been any test of public opinion either through polling or the ballot box that suggests there is a majority for it now."

Eight hundred business leaders and owners write to Conservative leadership contenders to warn against No Deal.

A destructive No Deal would be a disaster for a British car industry already under severe pressure. 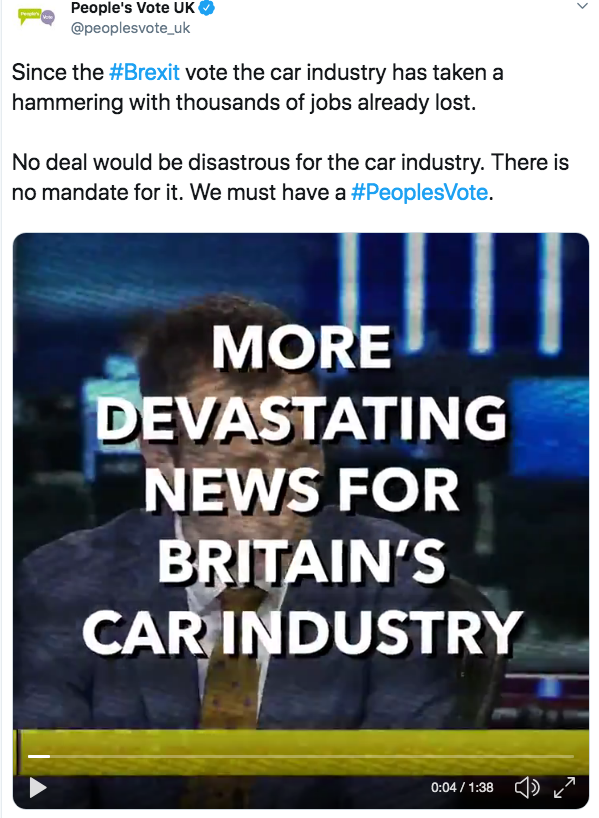 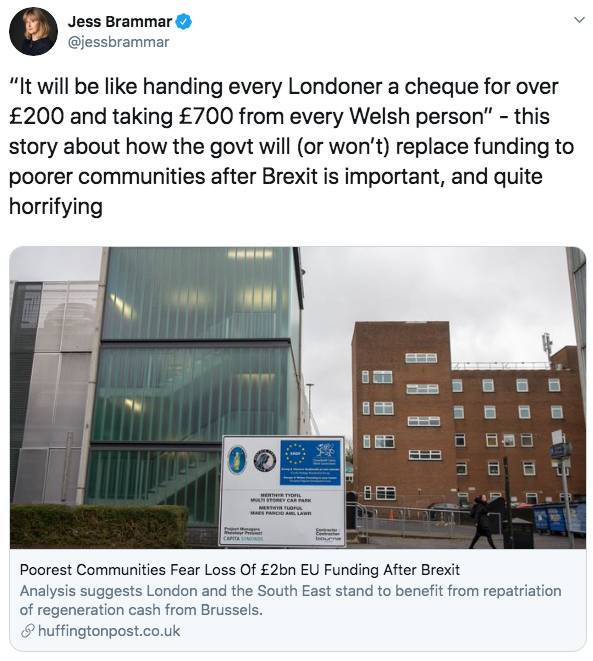 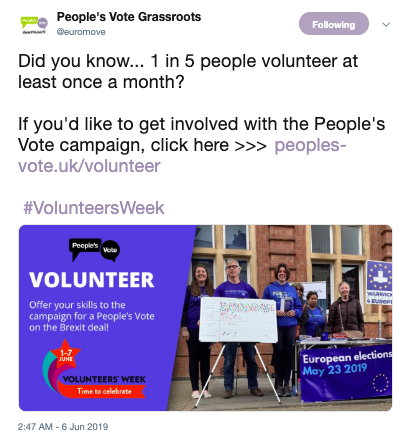 Johnson gives the City the jitters (City AM)

Will this claim be the undoing of Boris Johnson? (Lesley Riddoch)

The state of politics (Raphael Behr)

Johnson premiership will fall apart in a year (Matthew Parris)