Morning Briefing: It's all to fight for as patriotic Conservatives aim to block No Deal

The interminable Conservative leadership contest finally comes to an end early next week and Boris Johnson seems certain to win the votes of most of the 160,000 members. Johnson says he will take us out of the EU by October 31 "do or die" but he advocates extreme forms of Brexit, or even No Deal, that have never been put to the people and have only been approved by the 0.25% of the population who are Conservative members. It's an outrage against democracy and must be stopped.

This week has shown that the battle is nowhere near over and that only a People's Vote can resolve the biggest issue of our times. Hundreds of protesters are expected in Derby tonight at our Let Us Be Heard rally with a host of leading politicians and campaigners, including Dame Margaret Beckett and Lord Heseltine, on stage to keep the pressure up. For your ticket, please click here.

Well, if we didn’t know it before, we know now - it is all to fight for. This battle is not done and the extreme Brexiters are not going to have it all their own way.

A key vote in the Commons to block Boris Johnson’s potential attempts to shutdown - prorogue - Parliament went against the government by 315 to 274, a strong majority of 41. Although it doesn't remove the risk of an accidental No Deal, it ensures Parliament can't be sidelined by making it the law that ministers must report regularly to the House of Commons up to and beyond the Brexit deadline.

Yesterday we called for Conservative rebels to stand up and be counted. And, to their credit, many did: 17 Conservatives voted against their own government on a three-line Whip; one minister, Margot James, quit her post to do so and, critically, four cabinet ministers abstained. Even Jeremy Hunt failed to vote for it, although he claimed it was a “pairing” error.

The Cabinet ministers Philip Hammond, David Gauke, Rory Stewart and Greg Clark may resign before they are booted out by Johnson, which creates a strong rebel grouping on the backbenches with the clear aim of blocking a destructive No Deal.

Mr Hammond, who has become a prolific Tweeter in recent times, said that it should not be controversial that Parliament has a say during a “key period in our country’s history”.

People’s Vote supporter and former Attorney General Dominic Grieve told Newsnight last night that Mr Johnson wouldn’t be prime minister by the October 31 deadline if he failed to heed Parliament as he would be forced to call a general election.

The BBC even suggested that some MPs are discussing making a "humble address" to the Queen to request her to call for the EU to delay Article 50 again, an unheard-of and highly unlikely constitutional move.

There is still a long way to go. As well as the important restrictions that yesterday's amendment will place on the next prime minister, it also demonstrates that a majority of MPs are firmly against a destructive No Deal and will not stand by and allow it to happen.

And it is a reminder that, however you slice and dice Brexit, there appears to be a parliamentary majority against any form of departure from the EU.

The only solution is a People’s Vote: it’s going to be a bumpy ride and a long, hot summer of protest until we get there.

UK at risk of recession from No Deal

Britain is heading for a recession, according to the independent Office of Budget Responsibility in the least worst baseline assessment of No Deal available.

It demonstrates the true fiscal disaster of No Deal with borrowing predicted to be around £30 billion a year higher than their previous forecast, a year-long recession and real GDP 4% lower by mid-2021. The OBR themselves said this was “by no means the worst case scenario”.

New No Deal rebel Chancellor Philip Hammond was quick to point out that this “most benign” version is not the version of No Deal being pushed by prominent Brexiters. “They are talking about a much harder version that would cause more disruption.”

The OBR report makes it clear that No Deal will be toxic for the British economy, destroying jobs and permanently damaging communities throughout the country: every recession leaves lasting scars.

The cross-party Brexit Committee added to the condemnation saying No Deal is “at best a foolhardy gamble and would at worst lead to severe disruption". Their report says that the North East of England and the West Midlands would be the areas of the UK most badly affected by no-deal, with the chemical, retail, food and drink and manufacturing sectors the hardest parts of the economy.

Commons Business Committee chair Rachel Reeves commented: “There is no mandate for No Deal and yet an elite in Westminster now want to force it on us, despite all the costs and damage."

The sight of Boris Johnson waving a kipper around at the final Conservative leadership hustings may appear to be just one of those “Boris” photo-opportunity stunts done to grab attention.

He blamed “Brussels” and the EU for absurd bureaucratic red tape that’s putting an Isle of Man kipper smoker out of business. It’s the sort of story he wrote day in, day out when he was a Telegraph “journalist” in Brussels in the early stage of his career.

But it turned out that – once again – Johnson was lying. The red tape was not EU red tape, but British red tape, our regulations brought in to stop consumers getting dodgy fish.

EU politicians were seen on last night’s Panorama on Brexit to have a low view of Johnson and many of his colleagues. The kipper image will confirm all their fears of what is to come. New EU Commission president Ursula von der Leyen warned that a hard Brexit would have "massively negative consequences" to both sides and suggested that Ireland may receive additional support to deal with the fall-out.

It is clear from her comments and Michel Barnier's interview yesterday that the Irish border situation and Good Friday peace agreement are central to the current thinking in Brussels, despite Mr Johnson - and Jeremy Hunt - both claiming the Irish backstop is dead. 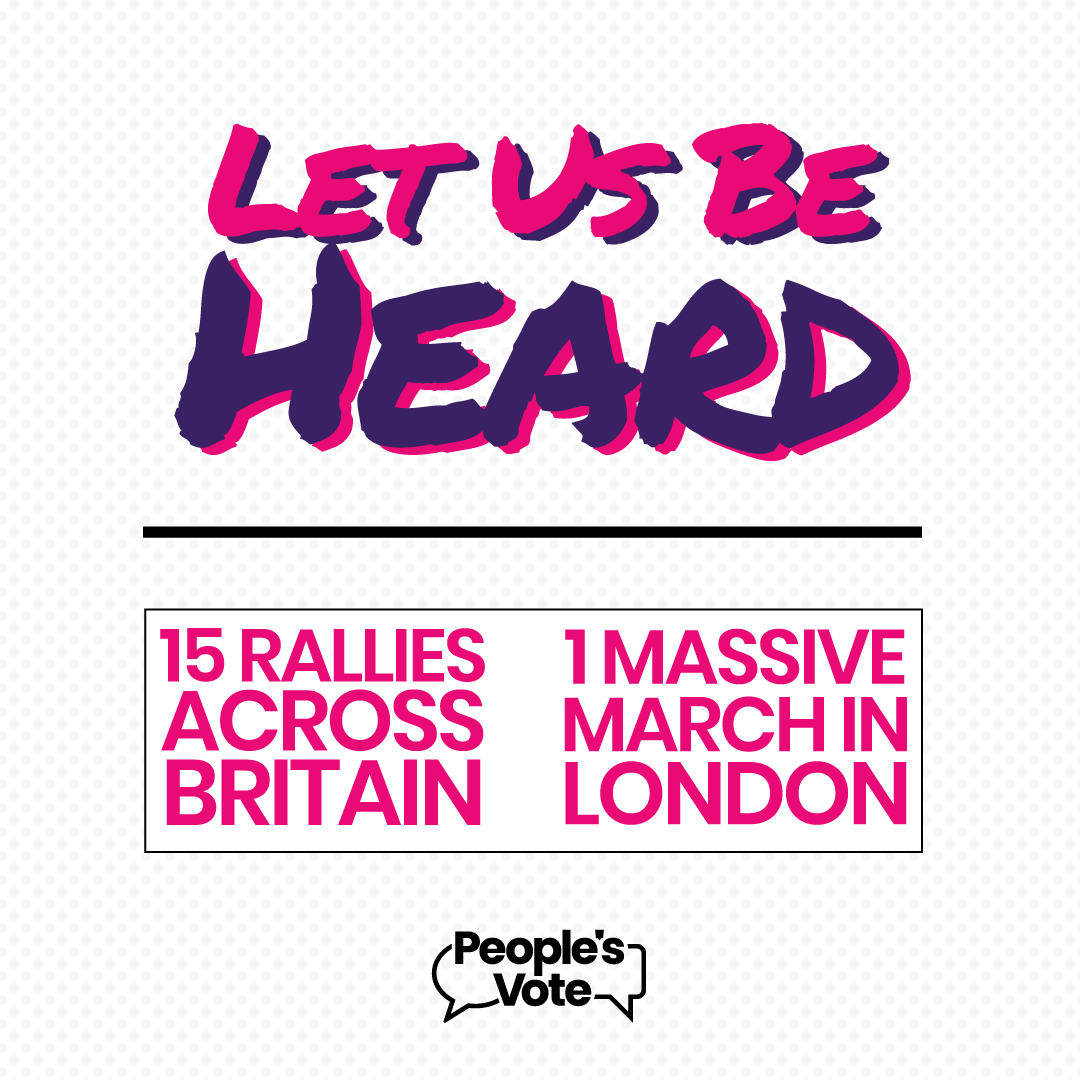 "Parliament is in gridlock and there is no prospect of this changing anytime soon. That is why there is a growing number of Conservatives who are turning to a pragmatic, democratic and patriotic solution of putting the decision back to the people in a final say referendum

"When every other option has been ruled out, a People’s Vote must and will emerge as the only viable and democratic solution to this crisis.”

Conservative MP and People's Vote supporter Philip Lee voted against the government along with 16 colleagues in a bid to block a Parliament shutdown. 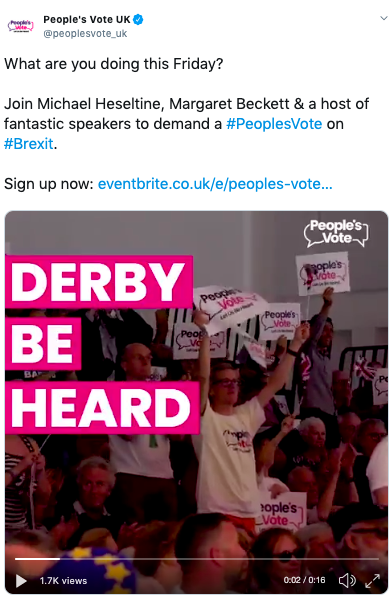 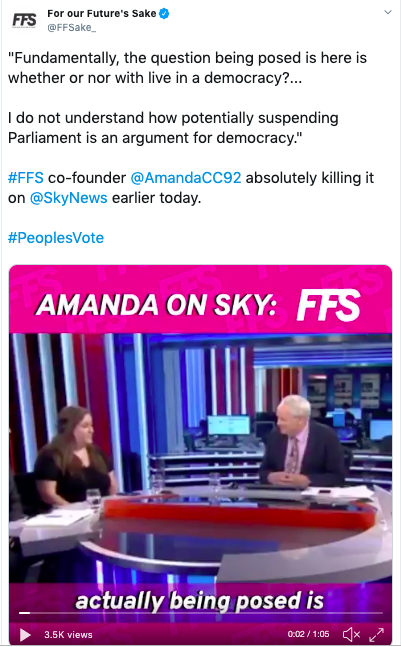 As the campaign for a People’s Vote intensifies, more and more people are keen to take a stand to campaign for their right to be heard. This Sunday in Chelmsford local campaigners are setting up a new local group to do just that. Why not come along and find out how you can get involved?

Don’t live in Chelmsford? Then take a look at our local groups’ map and get involved in the campaign near you.

No Deal is a foolhardy gamble, say MPs (PoliticsHome)

Rafael Behr: This Commons vote shows how weak a Johnson government would be (Guardian)

Lizzy Buchan: From buses to kippers, Johnson keeps getting caught out (Independent)

Clive Lewis: We've come a long way on Brexit but let's keep up the pressure (LabourList)